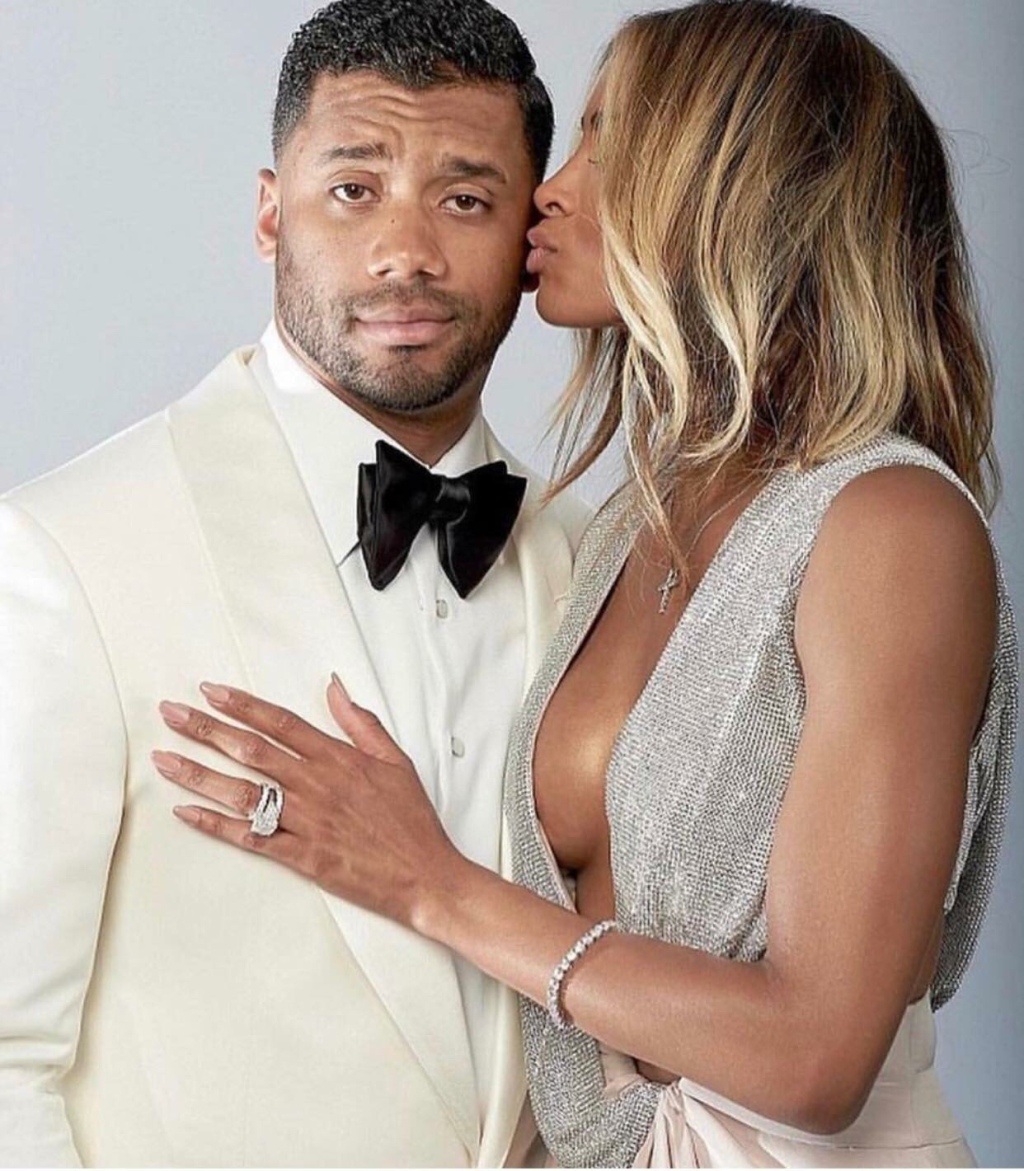 I am so tired of people coming for Ciara.

I really, truly, am. Since she broke up with Future, and then she was put in the pathway of Russell “Wish my daughter would find one like him” Wilson. She got with Russell, and I was so happy for her. I was happy her son had someone in his life that respected his mother (remember what Future said about her), and could show him what a healthy relationship will and does look like–and his mother was entitled to one.

I remember the media had a field day with how Russell according to his Christian faith, wasn’t going to sleep with Ciara until they were married. There was this shade and grumbling about how Russell proposed to her. How some people thought he was ‘soft’ about how he treated Ciara. And to credit, she kept it pushing. From White House on Russell’s arm, to his proposal on Instagram, to their wedding. I rooted for her and their marriage. I wanted her to be happy! I saw her birth announcement, and was overjoyed. I was auntie level happy.

Now, with the recording of the internet and the gumbo of people whom have no desire to see other people win, people want to have something to say about her saying, “Level up.”  Now, this is in response to a sermon/talk given by Pastor John Gray talking about women, being wives and marriage. Pastor Gray now getting extra heaped on him for speaking about this.  My thoughts? Go no further than the Word of God: 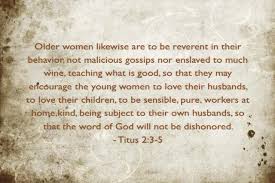 Indeed, with my other vocation being that of a preacher, and the wife of a pastor (which is a ministry in itself), allow me to help with this. “Level up” means to simply do better. Ciara should not be attacked because she decided to do better.  She didn’t want to be in an unhealthy situation with a man that called her a fiancée but treated her less than when she wasn’t content to just be the mother of his child: she is shamed for wanting more.

There was one comment I read on Facebook in regards to this where one black girl said, “She can’t tell nobody nothing. All she did was close her legs…”

That’s uncalled for. Anytime you do better than where you were before, that’s a LEVEL UP. But because it’s Ciara, whom people think should have kept in an unhappy relationship for the culture in an age of Love & Hip-Hop so people can have something to tweet about or see someone else in their position just as miserable. I dare you to find something to do.

Being able to #LevelUp is universal!

Ciara is entitled to faith, opinion and to impart from her experience.  In essence, level up. Ciara was not going to stay with a dude nicknamed Future whom could not give her one…or her son.

It does not make Russell Wilson anything but in love with Ciara by treating her well. The saddest thing is there are not enough examples of how men treat women in healthy relationships–all we hear about with ice cream scoop quickness is intimate partner/domestic violence. Is it so foreign for a black woman to be in a healthy, stable relationship with a black man that people come for her saying “she didn’t do anything but close her legs…” Aight, Sis. 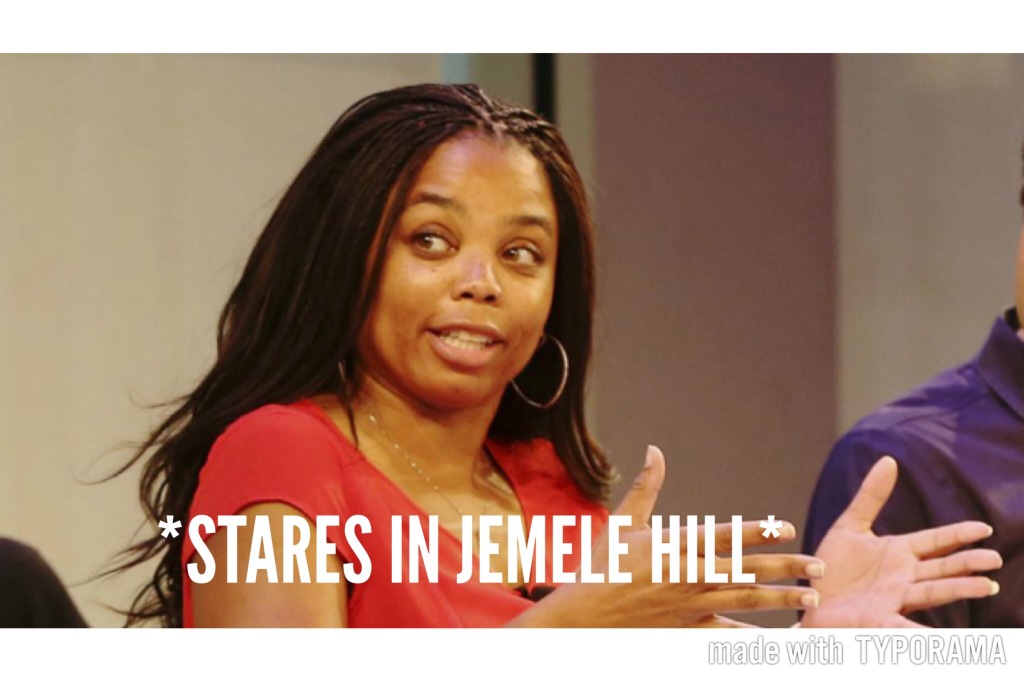 The latest blowback from this comment is being felt by Derrick Jaxn. He agreed with Ciara and defended her comments. The baddest innanet troll army told him that he was man-bashing, and he needed to shut up and all this other noise which sounds and resounds when people on get insider information. Derrick Jaxn does have a lot of female followers, and the reason I follow his (1) insider information and (2) his honesty. If there were more men willing to be honest with the women they were with, perhaps this apathy towards relationships and ‘catching feelings’ wouldn’t be what the kids aspire to.

But true form, Derrick was undeterred. Ciara is still married to Russell. The sun still rose and set.

We all have a past. Some of us are blessed that no one can google ours so readily or pull it from The Cloud. You don’t get to through people’s pasts back in their faces because you happen not to like how she was bold enough to say  she ‘leveled up.’  Men, y’all need to do better and realize toxic masculinity is a thing, and your manhood is not defined by how many women you smash, how many you leave with children you don’t help with, or shame them because they decide to love themselves enough to do better.

Moreover, you don’t get to be mad because someone told tactics that would lead to more women being hurt, or mislead or have their time wasted.

Common sense would tell you if you were trying to be someone’s wife, then there are some things you need to do or to stop doing. Y’all can’t keep coming for people whom only tell the truth–it is still up to whether you want to take that truth which converts it to knowledge, and with that knowledge–wisdom.

What makes your story yours is your ownership of it…all facets. This way even if your couldn’t level up like you wanted to or needed to, you can tell someone else how.