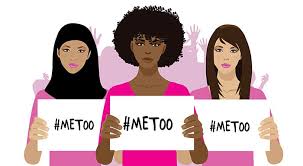 If you are lucky, and so blessed, you will never, ever have #MeToo story.

I am not so fortunate, along millions of other women, I am a part of a strange faction. I am part of those women whom can say, even to themselves, “That happened to me.”

That happened to me.

In the wake of everything that happened with Harvey Weinstein and Bill Cosby, there was a woman in Christian ministry that said this in regards to the #MeToo movement, and Bill Cosby’s accusers:

“Excuse those of us whom have never had anything happen to us!”

It is only for the lingering respect I have for this woman that I will not reveal her name. This was said on social media on her timeline, when it could be surmised that women talking about their trauma, and defending Cosby’s accusers brought up bad memories and worse feelings. It profits me nothing to be messy or petty about something of this magnitude. To this, I offered this retort:

It is one thing to know something–lots of people know things! Colors, phone numbers, where to buy weed. There are fewer people with intimate knowledge. Meaning, you know about this because you know about it.  Perhaps this woman was no acquainted with what it is to be sexually  traumatized, ergo she has no knowledge or empathy. She doesn’t know, because she doesn’t know.

However, let this be both example and lesson. Even other women may not understand all you have gone through. Vagina’s can be quite ignorant that way. However, was is essential to remember is your trauma should not be the sole thing which defines you. Pain is universal, but should not dictate your universe.

Is trauma, especially sexual trauma, devastating? There is no feeling that would or does encapsule what it means to be raped or violated. That’s a pain I would wish on an enemy.

However, the trauma? The feeling of not even belonging to you? Been there.

#MeToo was started by a black woman. I am not surprised. We are the one’s most abused populace in this nation. The last believed and the last likely to seek health for trauma. We won’t even talk about being believed!

Is the #MeToo problematic? Yeah. But so is the rape culture that makes it okay to abuse and devalue women.

Buckle up, this is going to be a bumpy month.