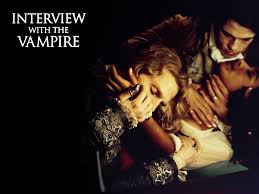 I was 13 when Interview With The Vampire was released in theaters. It was Rated R and I begged my mother to take me to see it. Her answer:  “No! You’ll have nightmares!” Yeah. She was serious. Now, she wouldn’t let me read Anne Rice, too dark she thought. But she would let me read Goosebumps. She didn’t really supervise my reading materials–but I remember what she told me when I was about 12.

“You cannot read any romance novels.”

Now, when she said this, I had a vague concept of what a romance novel was! I knew my aunt read them, she was always reading. And I knew she read Harlequin. I knew she read Avon romance novels. And I really didn’t know what was in them beyond protag-antag and kissing. I knew what sex was by this point, but was obsessed with being a writer. For more on that, read WriteLife on Amazon.

I shrugged it off, and decided next time we went to the movies I would sneak in. My sister and I by that point were allowed to see separate movies. The parental instructions for movies were if your movie were over, go into the film of the other sibling. This is theater hopping I know—but you know, we were being obedient!

But I wanted to see Interview because I was desperately attracted to Tom Cruise. So the fact he was a vampire? Even better. And he was the BEST Lestat! (sigh) 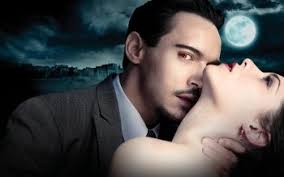 My favorite scary creature was always vampires. Call it a horror genre first love. I wanted to play Vampire The Masquerade but didn’t have enough people to play, didn’t know where to play, and clearly no one to play with because I was that kid! So there was no reason, or fear for my mother to think I was going to have nightmares. Ever.

I’m a traditional girl, as all girls can be with their firsts. My vampires are bitten. They don’t like the sun, and get stronger with age. They *don’t sparkle or drink animal blood.  No vegan vampirism. They are intelligent, cunning and at times ruthless. I have no use for the *Stephan Salvatores. I prefer *Damon Salvatores. Tall, fierce eyes and reserved at love–yet knowledgeable of it. They are melancholy and just out of step with the modern world. My myths are classic and romantic that way. 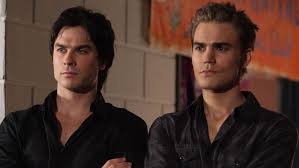 Writers make the strangest bedfellows. We find ourselves in the oddest places with the strangest company. And this is no exception. The adage is true dearest ones:  you never forget your first!

*-Author Note:  I am well aware that The Vampire Diaries ran for 8 seasons. And I am still at season 5. I watch it in spurts. I have to! And the killer part to that is I don’t have anyone to talk to about it! But when the show was active and airing, I was engrossed in SUPERNATURAL. I LOVED THAT SHOW! My world would stop on Sundays/Tuesdays/Thursdays when it aired. #TeamDean

I wasn’t an LJ Smith fan, and I thought the show did the absolute most. And I still do. Then I remember it wasn’t written with 30+ year old women in mind. The same for Twilight. For the people that just dig at YT lit for their takes on vampires–I want to slap and shake!

Not EVERYTHING is applicable.

If you have been a young woman, and then and older one–you remember what it was like to be a Bella. You had an Edward (Lord, knows I did! Read this for more proof!) I had a Stephan.  Married one. And was in love with a Damon (a couple of them) at one time or another.  Read this for MORE proof. Stephan was a fuckboy and this is not up for debate. However, Bella was a champ can’t no body tell me different. #grownfolkknow

One thought on “The Monsters Under My Pillow”